Fashion with Passion: Valli and Schiaparelli 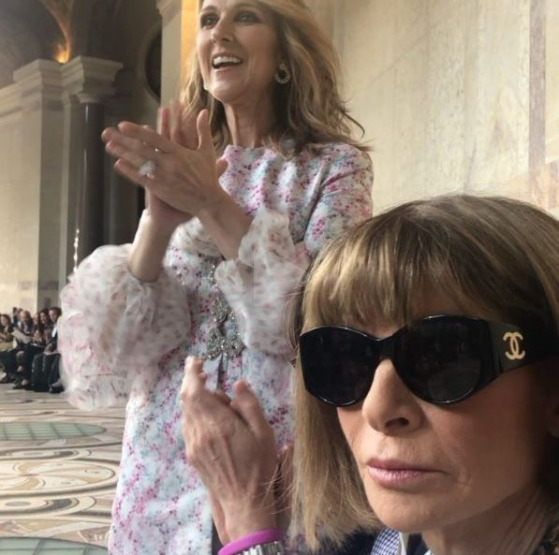 Céline Dion was jumping up and down with joy, Anna Wintour was smiling broadly and a phalanx of Euro fashionistas was cheering their “Giamba”. And as Giambattista Valli walked round the Petit Palais courtyard, François Pinault, his new backer, gave the designer a hug.

Now when did you last see such jubilation at a fashion show? The world might be in constant after-shock from aggressive actions, but for a moment Paris couture played the role it should: a joyful respite and a ray of light between life's ominous shadows. 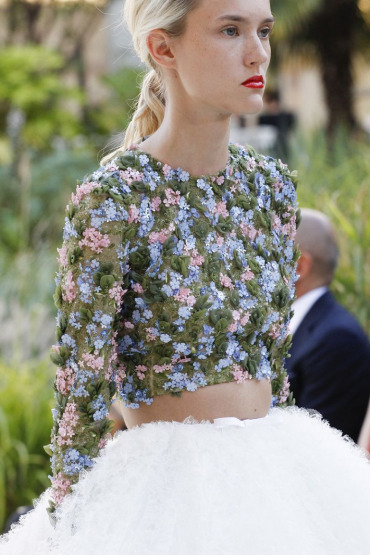 Giambattista himself, standing by a moodboard full of pictures of the glory of the garden, said that he wanted to dress all his girls like little gardens ‒ presumably referring to the orchards of flowers, leaves and greenery embroidered on lacy dresses or splashed with a light paintbrush on soft white chiffon.

As Giambattista's words tumbled out ‒ alternatively in his native Italian and English with a dash of French from his Parisian home ‒ the story seemed to be about a feminine innocence. 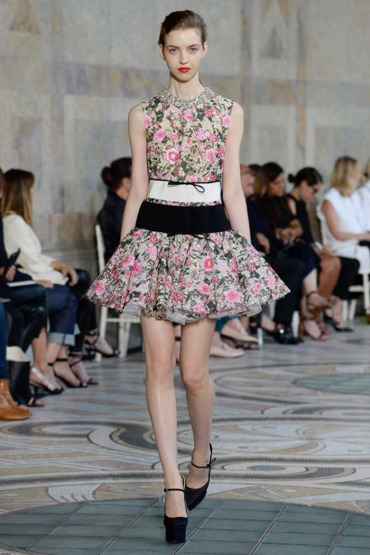 “I am obsessed by flowers ‒ and by the idea of supporting beautiful women,” the designer said, as the dense florals competed with leaves punctuated on pale pink cotton. Whenever the collection risked being too pretty and frilly, it was sobered down with black ‒ a ballgown or just a ribbon at the neckline. 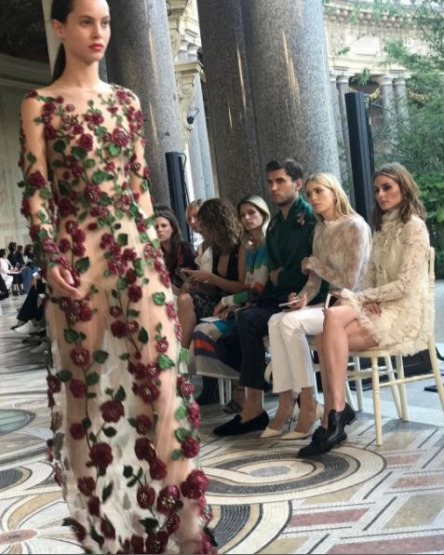 The show itself was not much different from the designer's ideas at the start of his fashion career: little dresses, with short hemlines, the models balanced on platform-soled shoes; and to counterbalance that silhouette, long, full dresses draped over the feet in flat ballet shoes. 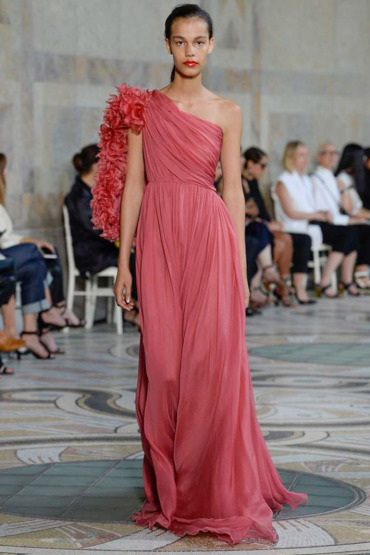 Too many pink roses? There was a choice of buttercup yellow. Or bright white set off by bunches of lily of the valley. The show was a garden of ethereal delights. 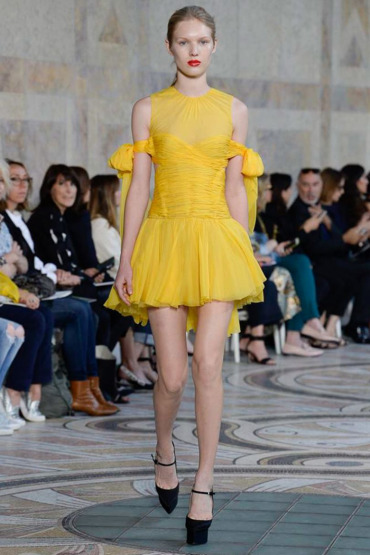 Having built his business from scratch, with extra work for Moncler Gamme Rouge to keep things going financially, the Pinault support ‒ which might lead to further investment by the Artémis company ‒ must be heaven sent.

“I have only known him for a year ‒ it is my collaborator who brought him to me,” said Pinault. “He is passionate, he understands the fashion business and he wants to build a real house that will last ‒ a bit like Coco Chanel 70 years ago.” 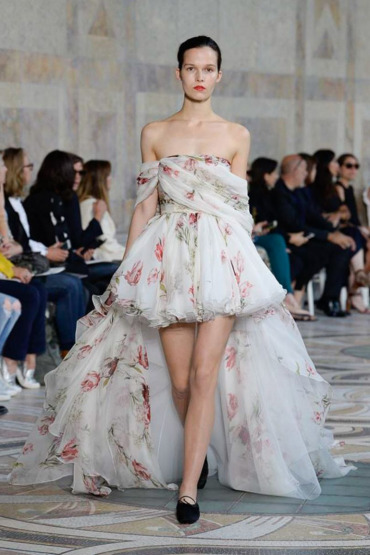 With his floral obsession, Giambattista's response was horticultural. “I want to keep going, to express my spirit, to make the house grow on and on,” he said. “And to bloom ‒ as an institutional, proper fashion house.” 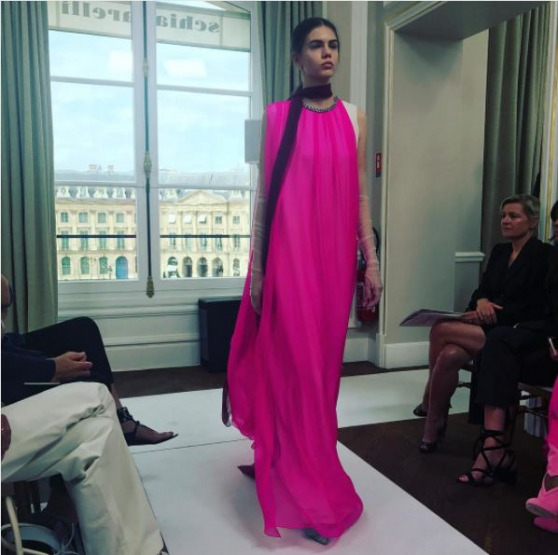 The “mood boards” ‒ visual inspirations ‒ backstage at Schiaparelli told a story of rebellion. And not just of Elsa Schiaparelli herself, who hung out with Salvador Dali and called her bright dresses “shocking pink” and her fragrance just “Shocking”. 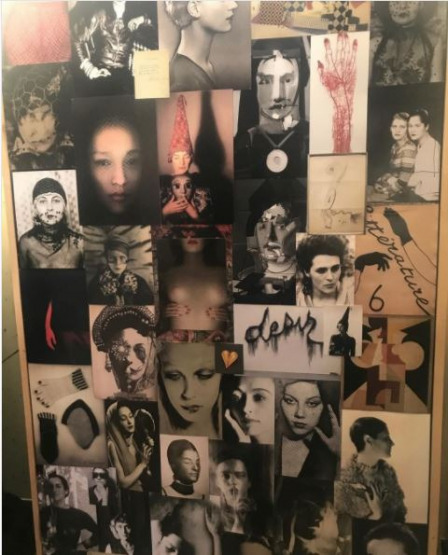 “It was the beginning of the liberation of women,” said the designer who, in his show notes, also added Rothko for colour blocks, and jackets hinting in their shoulders at the angular lines of Pablo Picasso. 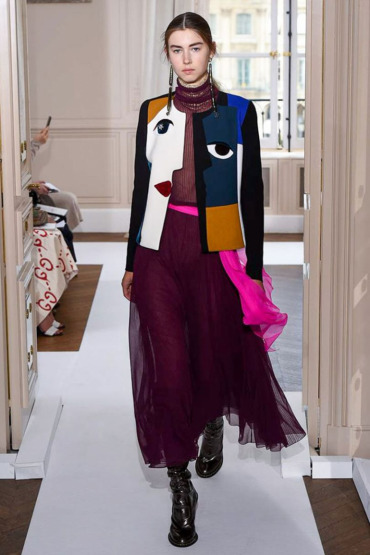 Those were a lot of references ‒ and none of them from today. Although current red carpets prove that the Schiaparelli collections appeal to modern women; and, at the show, kooky, stylish Pixie Lott, with pink hair and a scarlet dress, was in a circle of current “Schiap” enthusiasts surrounding the company’s owner Diego Della Valle. 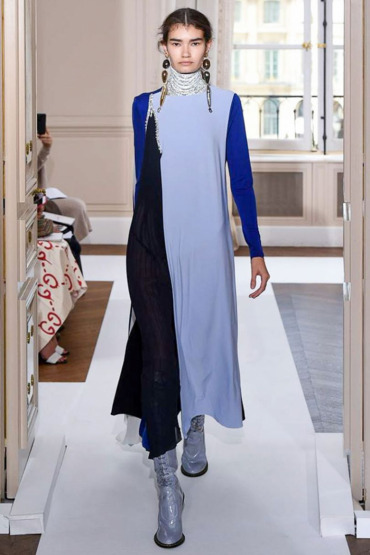 The challenge facing any designer who has such rich pickings from the past is how to reference those dynamic women in the spirit of modern times. For evening, the designer does that well. His sense of colour is painterly and original with pine green, a mix of royal and pale blue or an orange belt on a wine red dress. All those pieces seemed contemporary and appealing. Often the reference was not immediately visible but inside the designer's mind, like his use of glitter that he said was inspired by a photograph of Lee Miller, and the elegant tulle dress with graduated shades taken from a Rothko painting. 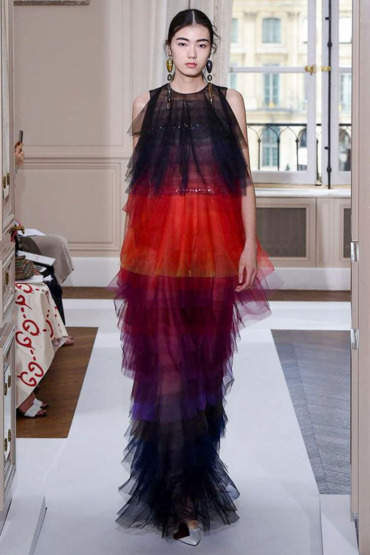 When so many outfits were so light in their flow of chiffon and subtle in the references did the show seem to have a whiff of the past? The day clothes, from a white top and trousers to a minidress viewed through a vinyl cover had a suggestion of the 1960s, although throughout the show, accessories, such as long glass drop earrings had a modern look. 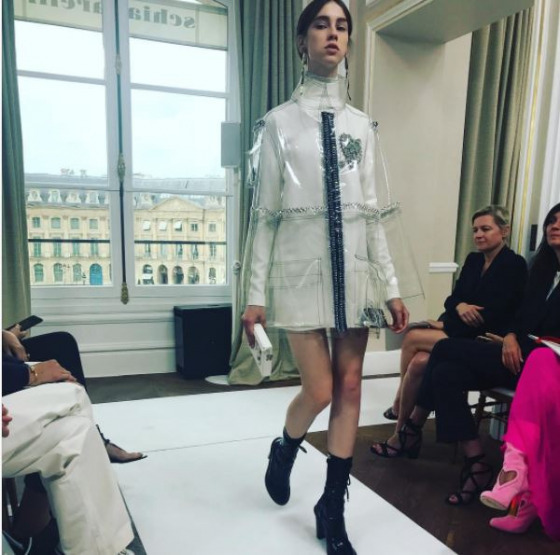 The venue was inside the Schiaparelli premises overlooking the gracious Place Vendôme. In her famous Circus collection in 1938 Elsa Schiaparelli opened the windows and had her models playing acrobat above the classic square. Metaphorically, Bertrand needs to get that sense of wild freedom into his collections that contain so many strong pieces that fit perfectly into today's world. 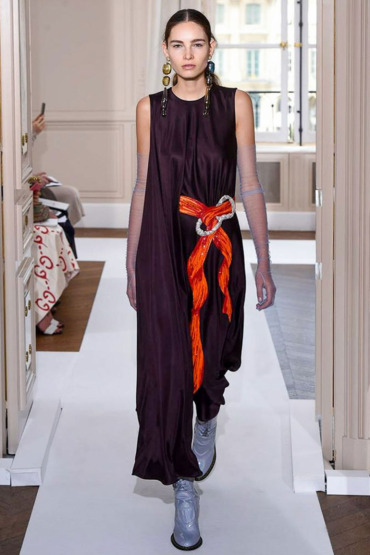 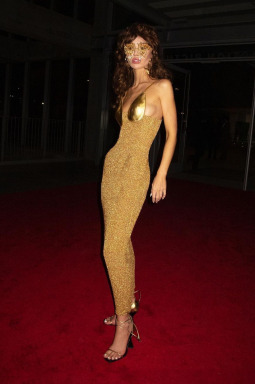 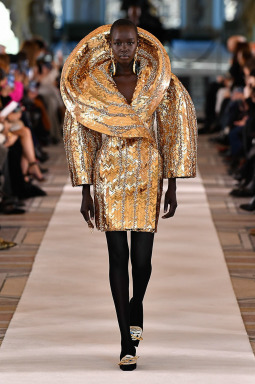 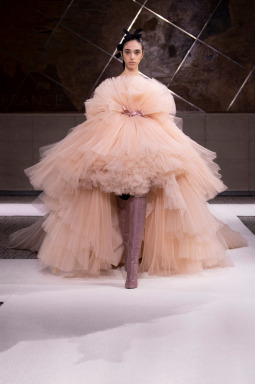 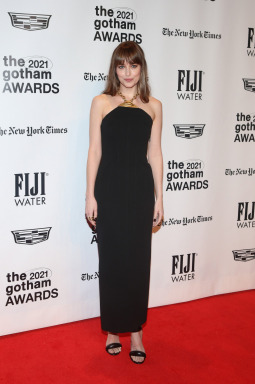