Dior: The Weight of a Mighty Empire

The Dior Haute Couture show was presented outdoors, in front of Les Invalides in Paris

The mighty, noble and definitive study of Christian Dior and the designers who followed him is at the Musée des Arts Décoratifs in Paris, presenting a challenge to current designer Maria Grazia Chiuri. Her work is included in the line-up of designers from Marc Bohan through Gianfranco Ferré to the extraordinary John Galliano and the modernist Raf Simons.

In the face of this unforgettable show that threw open its double doors to offer both sides of the museum on the day of the current designer's show, is it surprising that Maria Grazia should choose travel as the escape theme of her Autumn/Winter haute couture collection?

Between the wooden elephants, the jungle trees and the sun beating down on the cupola of the Les Invalides building where Napoleon is entombed, the designer produced a round-the-world vision of Dior now and yesteryear. 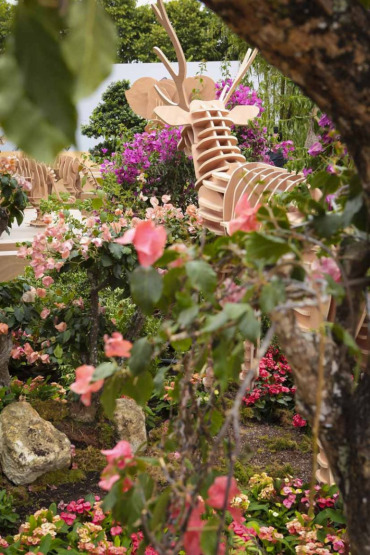 “The thing that surprised me when I arrived at Dior is that the brand is so famous, everybody knows it,” explained Maria Grazia. “Immediately it was a worldwide brand and in 1954, after only seven years, he did this book in different languages that explains the company and the different products like perfume, scarves, socks. I never knew before that he was immediately famous and that gave me another perspective on the brand.” 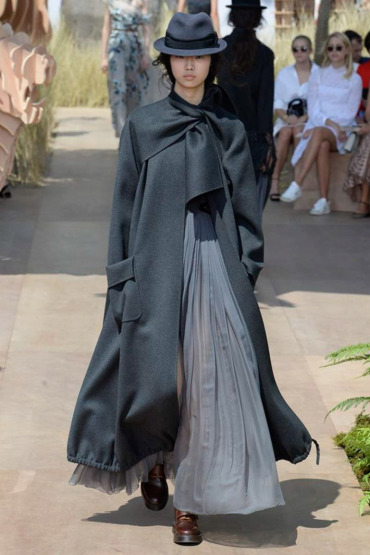 Listing her archive discoveries of the importance to Christian Dior of daywear over evening clothes explained the sweeping coats in almost-forgotten fabrics like wool serge or more familiar anthracite black cashmere. The combination of a modern audience used to seeing bare legs and wispy dresses, even for winter seasons, and the actual heat of this Paris summer day, made the first part of the show seem weighty. Although the names on the programme explained much of the story. “Oxford”, “Siam”, “Austria”, “New York” and “Amelia Earhart” (the early aviation pioneer) reinforced the theme of travel and Dior's outreach from its earliest days. 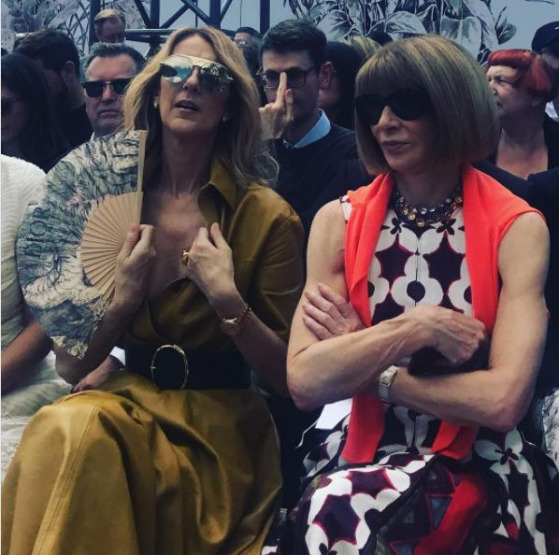 “In the interpretation I was fascinated with this image of the long dress with the coat on top and I did many evening dresses with a day coat ‒ mixing it seemed a more contemporary way to do this,” continued Maria Grazia. “The other aspect was to translate it, taking a very famous piece ‒ I would look a lot at the shape and the outfit and try to interpret it from my point of view. Because the collection is like a trip inside the archive, I had to make my personal mark in some way with a reference that I believe was emotional for me and also that gives a touch of curiosity. There is also a focus on craftsmanship.” 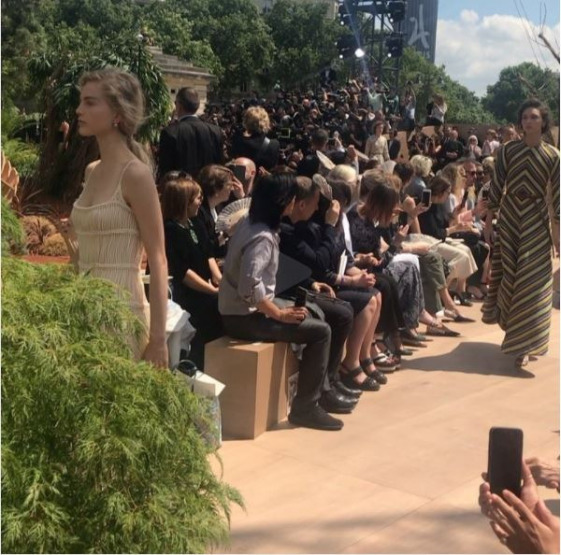 Like a dish with perfect ingredients and a Michelin-starred chef ‒ Maria Grazia produced a collection that showed much of her vivid understanding of modern women ‒ but with a feeling that the soufflé did not rise high enough. The dark, floor-sweeping clothes, mostly in grey and black, lacked the joyous flair of this designer. Although, to be fair, sun in my eyes may have disabled my ability to appreciate the subtlety of the fabrics and the probable modern lightness of tailoring that looked so hefty. 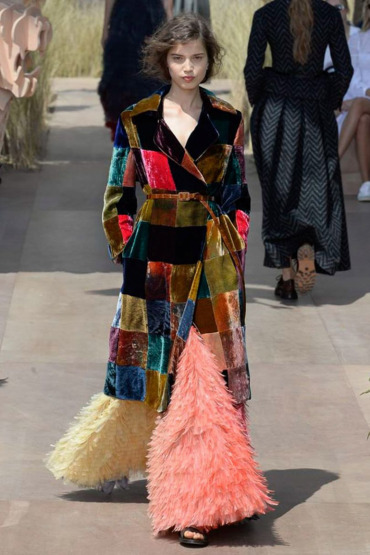 When flashes of colour appeared, like a velvet coat, its fabric cut into bright squares with a feathery dress peeping underneath, I felt a welcome sense of joy. Another feather dress was dramatic, modern and wearable as it followed the body from breasts to ankles, where the feathers turned from ash grey to a fiery red glow. Just occasionally there was a flash of Maria Grazia's energetic and cultured attitude with a coat featuring intricately embroidered tarot cards ‒ Monsieur Dior's obsession. 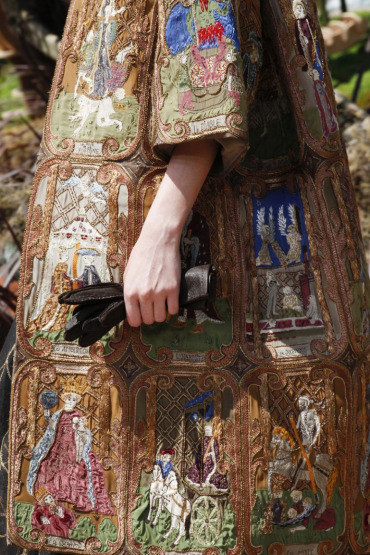 The opening of the magnificent exhibition just a few hours after her show really did put the designer of today in an awkward situation. So should she have been a daring modern feminist ignoring the past? It was far wiser to be respectful. Even to a fault. The real Maria Grazia can show her personal strength next season. 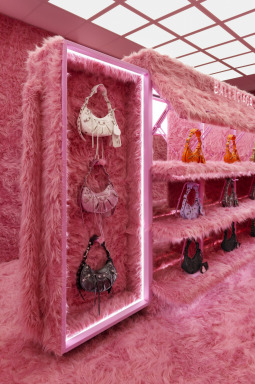 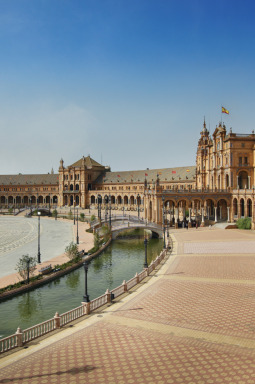 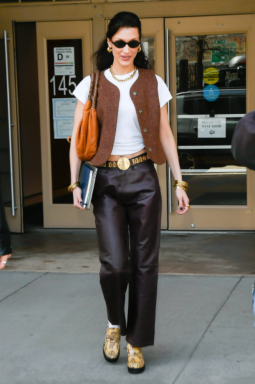 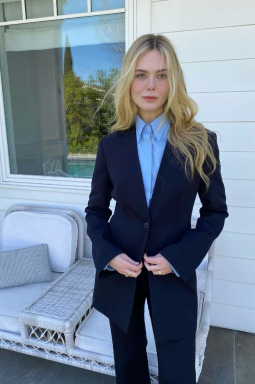