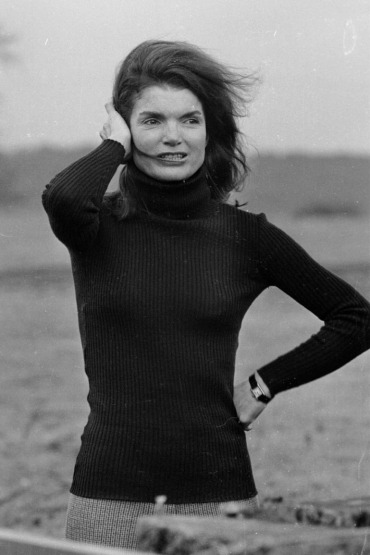 Seeing Kim Kardashian's winning bid for Jackie Kennedy's Cartier ‘Tank’ watch was a reminder of the lasting power of classic timepieces. A final price of $379,500, at Christie's New York last week, proved the power of both provenance and quality. 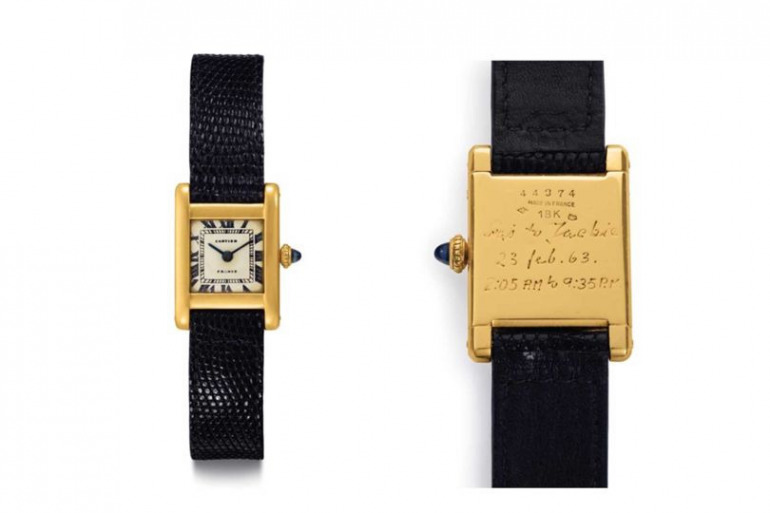 I had been looking in London at all kinds of Cartier watches and especially their inner workings inspired by the early aeroplanes and turn-of-the-century constructions such as the Eiffel Tower. A vision of that famous Paris landmark stands, proudly mechanical, but in smaller form, at the entrance to a fascinating exhibition. 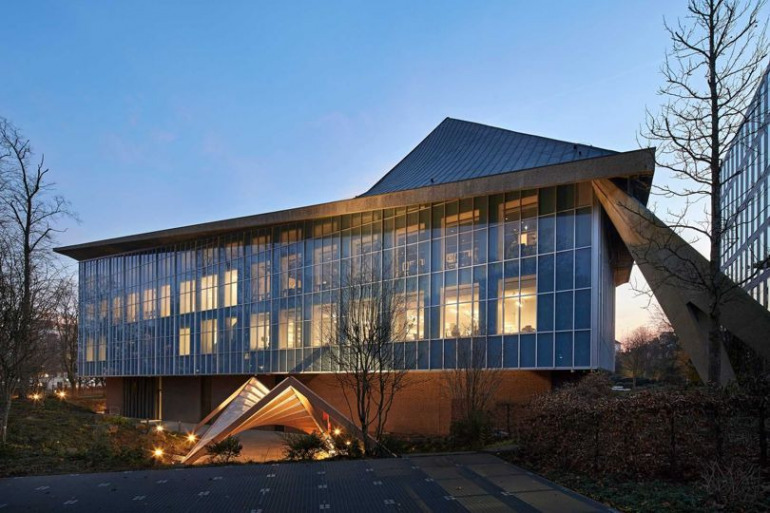 The Design Museum in west London is hosting the 'Cartier In Motion' exhibition CREDIT: HUFTON+CROW

'Cartier in Motion' (until 28 July) has a sense of modernity and movement before a visitor even steps inside to face an aeroplane at the entrance. The show takes place in The Design Museum in west London. That building is not only devoted to contemporary design, architecture and graphics, but is itself a design object. The vast lid of a curving roof, kept from the original 1960s building housing the Commonwealth Institute, was adapted and redesigned for the new millennium by architectural collaborator John Pawson.

To ensure that the current exhibition, high up under the 'lid', stands for more than a display of Cartier creations, architect Norman Foster has put his spin of perpetual modernity on everything from watches to a café table riding high to simulate the feeling of flying. 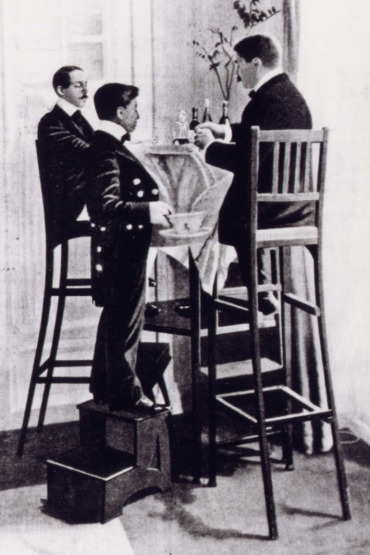 The aviation pioneer Alberto Santos-Dumont in his Parisian home dining with friends seated on high furniture so they could experience what it was like to be elevated above the ground CREDIT: CARTIER ARCHIVES © CARTIER

'I started to explore the life and times of Louis Cartier and his circle of friends in the context of Paris in the early 20th century and was fascinated by the many connections to the art, automobiles, aircraft, engineering and fashion of the period ‒ it seemed to sum up the birth of modernism,' said Foster, who was persuaded by Deyan Sudjic, Director of The Design Museum, to co-curate the exhibition. 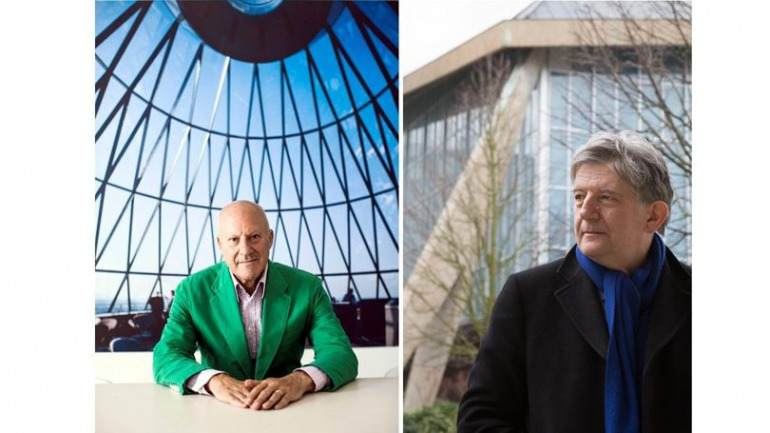 At the risk of sounding sexist, I was curious about this show seen through male eyes. Although I was at first sight intrigued by the Parisian dining table of 1900 designed as an experience of elevation, I began to appreciate the entire sense of movement that blew through the early Cartier years: the planes, the Orient Express railway and all the accoutrements that came with travel.

'I was proposing not a typical Cartier exhibition that would start and end with their famed products,' said Foster. 'Rather, it would be the celebration of an era with artefacts and memorabilia showing the emergence of a new way of looking at watches, clocks and jewellery.' 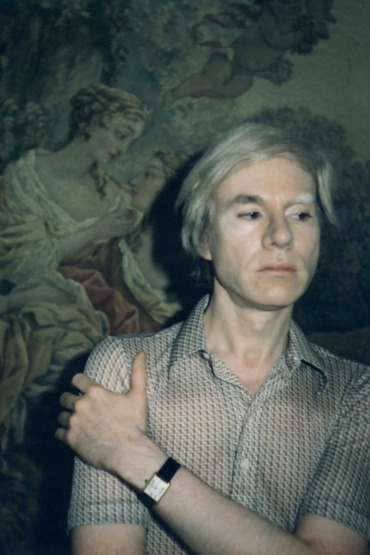 CREDIT: © THE ANDY WARHOL FOUNDATION FOR THE VISUAL ARTS INC

With the watches came the famous wrists of their time, with Andy Warhol wearing the Cartier 'Tank'. Ditto for the American writer and socialite Truman Capote and a shy young Yves Saint Laurent in 1983. Even the famous 1920s movie star Rudolph Valentino was filmed wearing a Cartier watch in The Son of the Sheik, although it looked incongruous with his period costume. 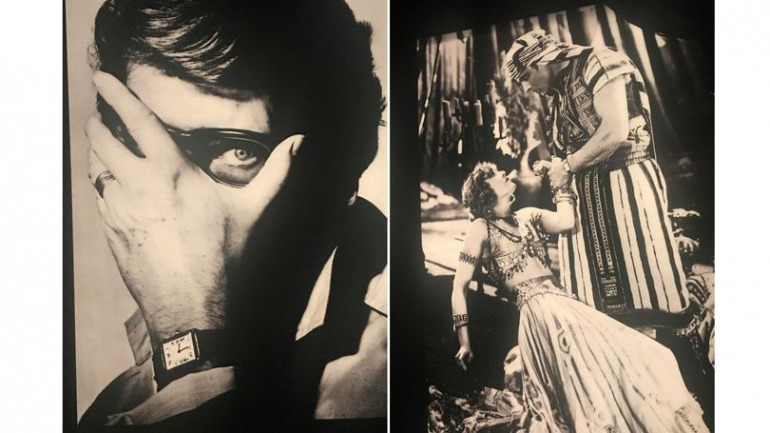 The eternal appeal of the Cartier 'Tank' watch, as worn by Yves Saint Laurent in 1983 (left) and Rudolph Valentino in 1926 for his starring role in The Son of the Sheik (also starring Vilma Banky, above)

Jacqueline Kennedy's ‘Tank’ watch, given to her as a gift by her brother-in-law Prince Stanislaw Radziwill, is not, of course, an exhibit in the London show. But images of Jackie wearing it in the 1960s also suggest the energy and movement that seemed to be part of the Cartier spirit.

The exhibition includes innovative clocks as well as the prevalent watches, but it is the replica of the early aeroplane of Alberto Santos-Dumont at the entrance that will stop visitors in their tracks. The speed of movement engendered by the 'flying machines' puts watches in a new perspective. They are 'timepieces' marking the speed of change that has only increased in this new millennium. 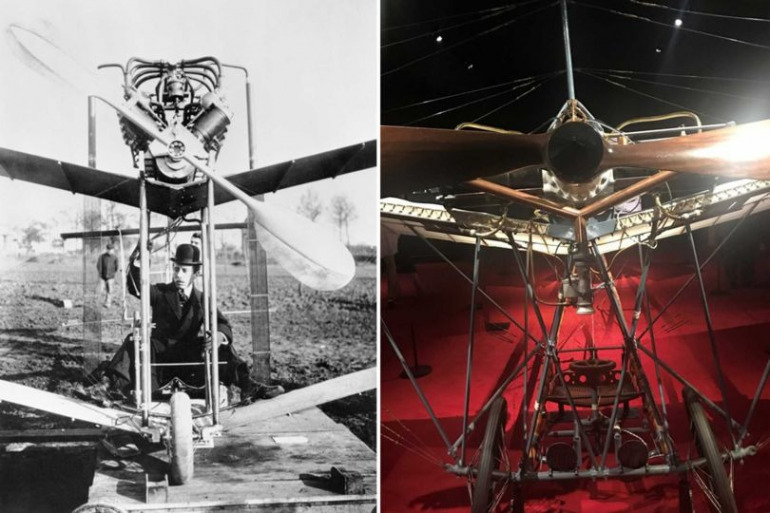 From left: Alberto Santos-Dumont aboard his aeroplane in 1907; another one of the Brazilian aviation pioneer's planes on display at the 'Cartier in Motion' exhibition

'Cartier in Motion' is at The Design Museum until 28 July 2017. designmuseum.org/exhibitions/cartier-in-motion 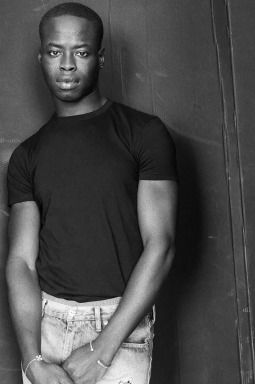 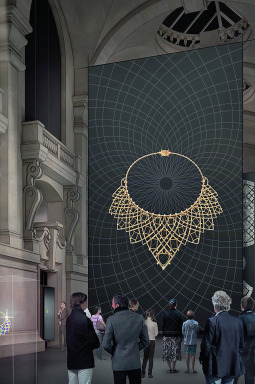 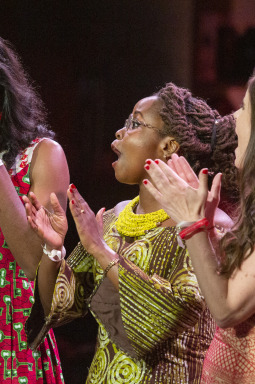 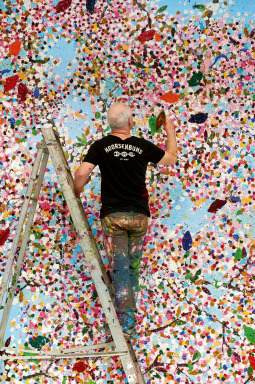