Should Fashion Legacies Be Controlled?

Pierre Bergé, speaking from a wheelchair in Paris this week, explained every last detail of his project to keep the Yves Saint Laurent legacy alive. Two museums, in Marrakesh and Paris, will open in October 2017, with Bergé, 86, controlling the heritage of his late life and business partner – the designer who changed the face of fashion in the second half of the 20th century.

In his familiar pugnacious style, Bergé laid out the plans to display what he believes the YSL history stands for – his mission since Saint Laurent withdrew from ready-to-wear fashion in the new millennium and died in 2008, aged 71.

The Fondation Pierre Bergé-Yves Saint Laurent has brought together an archive of 5,000 clothes, 15,000 accessories, and manifold sketches by the late designer, transforming memories into a vast, visual archive of the past century.

The comprehensive vision was presented in a meeting at the Institut Français de la Mode (IFM, or French Institute of Fashion), founded by Bergé, where the line-up featured his current partner – the landscape designer Madison Cox – and the various people involved in the two museums. They include Olivier Flaviano – director of the future Musée Yves Saint Laurent in Paris; Björn Dahlström – director of the future Marrakesh museum; and other conservators and architects who are working on the twin projects.

The investment in people and finance to keep Saint Laurent’s legacy alive developed from the early days, when Bergé started to collect the designer’s original drawings, and gained pace in 1980 when he and Yves bought the Jardin Majorelle in Morocco, an artist’s home that was then under threat from developers.

“An exceptional case of love at first sight,” said Bergé of the Marrakesh experience. He is financing the twin projects, although he offered his gratitude to François-Henri Pinault – CEO of the Kering luxury group, the brand’s current owner – for some financial support for the two venues.

At the IFM presentation, the YSL heritage team then set out the detailed plans. The Marrakesh site will be a cultural centre: a low-rise building with a lattice-style façade that will house permanent and temporary exhibition spaces, state-of-the-art storage, an auditorium for film screenings and concerts, a book shop, café, and an extensive library funded by Bergé. In Paris, Yves Saint Laurent’s home on Avenue Marceau is being completely remodelled so that different rooms will bring to life particular garments and show the studio where the designer and his team, including his muse Loulou de la Falaise, worked.

The minutiae of these double displays of Saint Laurent as an artist in clothing are admirable. The plans show exceptional detail, with Bergé and Flaviano explaining how one area will be devoted to a single show, from drawing to couture creation, with the subject changed each year. The first exhibition in Marrakesh will be called “The Morocco of Jacques Majorelle”, including paintings by the French expatriate artist, the son of Art Nouveau furniture designer Louis Majorelle.

The Paris museum is being transformed from its original role as a couture house by interior design guru Jacques Grange and stage designer Nathalie Crinière.

The only problem with this forensic study of the great fashion artist who was Yves Saint Laurent is that there seems little attempt to put the designer in the context of the fashion of his time. The YSL legacy is extraordinary, but it is apparently to be shown in a vacuum in which any other designers or fashion movements are absent.

The famous “Mondrian” dress of 1965, with its handworked geometry, should surely be put into the context of collaborations with artists and fashion designers. For example, the silhouette of the newly invented mini dress was produced in the “Space Odyssey” style of André Courrèges in France and by Mary Quant in England. At that stage, Saint Laurent was just part of a fashion movement.

Similarly, Saint Laurent’s dreamscape of the late 1970s, such as the “Opéra et Ballets Russes” collection, should be viewed in the context of the “hippie de luxe” era.

But in the vision of Bergé, Saint Laurent’s work exists in a vacuum: the solitary genius. He may be right in seeing Yves’ work as both unique and head-and-silken-shoulders above other designers in creativity and imagination. But it would be good to explain why that is so to a generation that associates the living YSL brand with recent designers such as Hedi Slimane.

There are so many fashion exhibitions in museums across the world, since the subject is a good way to pull in visitors and funds.

But while Cristóbal Balenciaga currently has a triple whammy of shows at Antwerp’s Modemuseum, London’s V&A and the Musée Bourdelle in Paris, Saint Laurent will hold his lofty position in these two permanent exhibitions, designed to keep the single flame alive.

Perhaps the legacy of Yves Saint Laurent deserves this unique position, since he was the first living designer to have been granted a retrospective show at New York’s Metropolitan Museum of Art back in 1983. This set off a slew of fashion exhibitions that seem to become more numerous each year. So the designer was not only the inventor of “Le Smoking” – the tuxedo for women – and so many other fashion creations we now take for granted, but also of museum displays that in his case are designed to preserve those inventions for posterity. 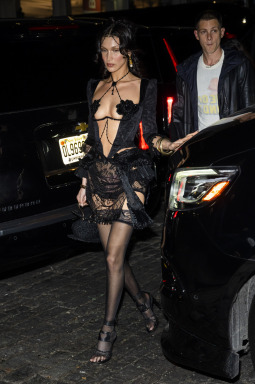 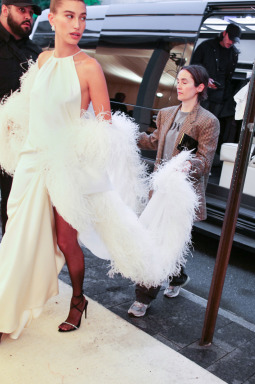 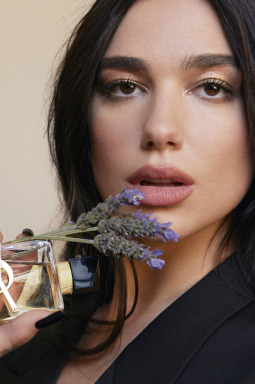 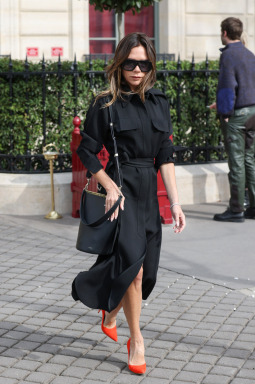